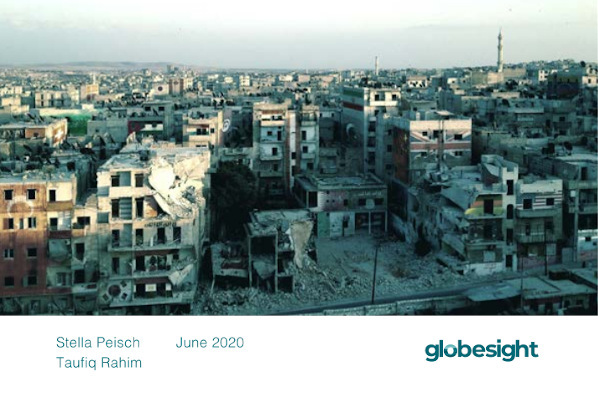 Syria remains afflicted by violence and war. As the years have passed since the conflict began in 2011, the focus of conversation has recently turned to the issue of reconstruction of the country. While the United States, European Union, and most international organizations have largely refrained from any substantive support for reconstruction in Syria without a political transition, many other countries have begun to engage, with varying degrees of intensity, in coordination with the Syrian government. There is a growing lack of overlap between the needs of Syrians on the ground, and the priorities and engagement in reconstruction of not only the Syrian government, but also of these external actors who are now involved in these efforts.

The report puts forward a framework highlighting the priority needs of Syrians in reconstruction across four dimensions: livelihoods, housing, infrastructure, and services. These sectors are analyzed in terms of previous lessons learned in cases of post-conflict reconstruction, as well as the pre-conflict reality in Syria. The external priorities and engagement in Syria of Russia, Iran, China, Turkey, the Gulf Cooperation Council (GCC), and various additional actors are addressed in particular, according to the framework of needs.

Russia, Iran, and China are largely focused on infrastructure that they believe will be financially and politically beneficial for their countries, with a limited lens on the development needs of the local Syrian population. Iran has also focused on financially rewarding infrastructure while also investing in strategic locations in Syria aligned with its political priorities in the region. Turkey’s efforts have concentrated in areas in the north over which they have varying degrees of control, motivated in part to see the return of Syrian refugees. Other countries also have varying levels of involvement, albeit currently limited.

There is a need for overall reconstruction of Syria to be guided along a core set of principles that improve livelihoods, build sustainable infrastructure, provide affordable housing, and enhance services. Through this lens, national and international institutions and policymakers can engage with countries, whether informally or formally, to adjust their efforts where possible to better serve the development outcomes for the local population.